How does Dutch oven work?

Before we discuss the workings and science behind this wonderful cookware, let us take a minute to remind us what it is and what it cooks.

Dutch ovens as they are well known are also referred to as Cocotte’s or French Ovens.

It is thought that they were originally invented by the Pennsylvania Dutch who needed a simple method of cooking for large numbers without having to carry much cookware.

Dutch ovens are made from cast iron and have tight fitting lids. If seasoned properly, they essentially have a non-stick surface.

Their versatility means they can go from the stove to the oven meaning less clean up and more flavor retained within the dish.

I can summarize the benefits of a Dutch oven as follows;

Where do i find the best Dutch ovens at the lowest prices?

What can be cooked in a Dutch oven?

The simple answer is…pretty much anything. I cook a lot of stews and casseroles, simple wholesome food but the limits are endless. The reason is the ability of Dutch ovens to cook at different ranges of temperatures…from really low to very high. The ability to retain moisture in the food means that it is tender and delicious. It really is incredible what you can do…even if you’re not an experienced cook.

Aside from the stews I cook on a weekly basis, here are some of the other things that your Cocotte is perfect for;

I will often roast vegetables in my oven often with a meat. The meat is prepared first. I sear the meat on the stove and then add the vegetables before I put them in the oven.

You can remove the lid towards the end to remove excess moisture in the pan, especially worthwhile if you are cooking chicken as this adds browning and a little crisp to the surface.

This is where my Dutch oven sees the most action. I love making stews…simple and wholesome food.

The ability of the French oven to offer consistent heat makes this perfect as there are fewer heat spots. The better the Dutch oven, the more consistent the results should be.

Often it is a case of throwing all the ingredients into the preheated oven and letting it cook…come back a few hours later and it’s done…as if by magic. It truly is amazing how even an inexperienced cook can deliver great results.

Breads and other baked goods

I must admit that I have only ever attempted to cook bread once…it’s just not my thing. However, there are whole communities online making bread in their Dutch ovens.

The fantastic results are because the oven replicates traditional bread making on a stone hearth. The bottom of your oven acts in the same way retaining and delivering heat.

Throw in the retained moisture and the end result is a bread that is moist on the inside and crispy on the outside.

A staple in most households, this is one dish literally anybody can make. Find a recipe, buy ingredients, throw them in an oven and cook. It’s as simple as it gets.

…and its done in one pan…so say goodbye to lots of washing up.

Ok, so not often talked about but you can fry in a Dutch oven. It’s probably not the safest way to fry, I would always recommend an electric fryer with a closed lid. However, if you must, do so but remember to only fill it with oil up to a maximum of one third. This gives it plenty of room to rise when you put your food in.

Again, the benefits of a Dutch oven are relevant here, consistent retained heat and fewer heat spots. This makes it great for frying…but only if you have too.

Essentially, there are two types of Dutch ovens…indoor and outdoor.

When I talk about my own cooking experiences, I am talking about indoor cooking using my stove top and conventional oven. This is where the vast majority of cooking is done.

They are constructed out of cast iron and sometimes the insides are enameled. They should have tight fitting lids and can be used on a stove and in the oven. Famous brands include Le Creuset, Staub and Lodge.

This is essentially campfire cooking…as basic as it gets…but it doesn’t mean the results have to be.

They look different to the home-based versions. They look more rugged to begin with and they do not have the enameling inside. Instead, they need to be seasoned properly. The quality of seasoning is important and not to be overlooked.

They have a flat, flanged lid so that you can place hot coals or briquettes on the lid as well as underneath. Hence, why they come with three legs on the pot that allow for coals to be placed underneath.

The introduction of industrialization and factory production allowed cast iron to be made widely available. It was cheap to produce and the low cost of tooling meant that a wide variety of shapes could be produced.

The properties in cast iron provide a constant and even heat thus leveling out the temperature variations in your oven.

On a stove, the heat travels from the center to the edges slowly. You can minimize the hot spots by using an appropriate size burner. Larger surface areas will not get hot on a small burner. The best and most efficient way to evenly heat cast iron is to heat it in the oven slowly.

Let’s now look at the metals. In terms of heat capacity, cast iron has a higher capacity than copper. Therefore, in order to heat a pound of cast iron to a certain temperature, it takes more energy, of which more is stored in cast iron.

This combination of high heat capacity and weight of the pan means it takes much longer to heat but it retains much more heat which is a significant cooking advantage.

Many people worry about dealing with cast iron. The reality is that it is easy to handle if done correctly. Seasoning is important and it must be done properly. Modern cleaners will not damage cast iron but old-fashioned lye based cleaners will dissolve the oil polymers.

Cast iron is safer to use than many non-stick coated pans. This is because they can reach a higher temperature. At high temperatures, non-stick coated pans can become toxic at high temperatures. It is shown that cast iron pans leach iron into the food at very low levels. For most people, this is actually a benefit as it introduces iron into your diet. For a small number of people, it may be harmful therefore care needs to be taken.

How does dutch oven work – Science behind baking in dutch oven

The Dutch oven technique for baking bread requires no kneading. The gluten structure is normally attained through kneading but simply stretching and folding a couple of times is enough to trap the gas produced by the yeast.

Steam is essential when baking bread. The yeast activity becomes faster as soon as the bread enters the oven at which point a crust sets. This prevents the yeast from expending the bread.

The Dutch oven prevents this from happening by retaining the steam within the oven. The steam is trapped and surrounds the loaf allowing the yeast to work and the loaf to grow in size.

You replicate the stone hearth of professional ovens by preheating the Dutch oven. As we know, the heat remains consistent for a long time and is much more efficient than a conventional oven. In conventional ovens, pans of water are normally placed at the bottom to aid steam. This is very inefficient and the venting of modern ovens does not help.

The result is a fantastically cooked loaf of bread. With the combination of humidity and consistent heat, the internal temperature of the loaf is perfect and you get a loaf with sheen and webbing in the crust.

The absorption of the moisture by the crust at higher temperatures results in it becoming crisper and firmer. As the sugars in the surface begin to brown, a fantastic flavor is created.

What can be used in place of a dutch oven?

Can you use a dutch oven on top of a stove?

Yes, they are designed to transfer easily from the stove to the oven. Always check the manufacturers recommendation as their may be limits to the heat that they can handle. Their also may be restrictions on the type of stove top, e.g. gas, induction, halogen hob.

How does Dutch oven work is the question we wanted to ask and we have attempted to answer this from a few angles. We discussed what they are, what you can cook and the science behind how they work and the results they get.

Its all very well reading about it and in some ways, it is difficult to describe. The best method is to actually start to cook using a Dutch oven.

Recipes are simple and freely available so why not give it a try.

Leave a comment and let me know how you got on.

It would be really helpful if you could share this image on Pinterest…it’s just a couple of clicks for you but it means the world to me. 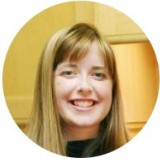