Difference between Skillet and Griddle

Difference between skillet and griddle

What is a skillet?

Often referred to as frying pans, they are generally known in the US as skillets. They normally have a round shape and are used for a number of tasks which include, shallow frying, sauteing and searing.

They are essential equipment for any kitchen as they are perfect for many tasks. Often people will have more than one that they use for different tasks. Most will be non-stick but some aren’t.

What is it made from?

The most famous skillets are made from cast iron but there are a number of options on the market. They include, aluminium, steel, ceramic and copper. They serve an important function in the kitchen and are used widely for many tasks.

In the vast majority of cases, it is their design and non-stick ability that makes them so popular.

How big are skillets?

They come in a number of sizes so it is better to determine your needs and search accordingly. The main sizes are from 8” to 14” in diameter. However, you do get sizes that are larger and smaller than this.

What does a skillet weigh?

That depends entirely on the size and the material they are made from. Generally, Aluminium ones tend to be the lightest. The heaviest are definitely cast iron skillets. To some people, a heavy skillet is desirable as it adds stability and great heat distribution, especially is cast iron.

Where can I buy a skillet?

You can buy a skillet in many places but the quality is indifferent. Remember a good skillet can last decades so make your decision wisely. All too often, I see very poor-quality skillets made in China that I know will not stand up well to everyday tasks.

It’s always best to read peoples reviews, their own experience of using the products. Amazon reviews are a great place for honest feedback.

Which is the best skillet pan?

What is a Griddle?

There are essentially two types of griddles. Griddle pans and griddle plates. They are two different things so I will talk separately about them.

You often find these in commercial places but you are now seeing these more in homes. It is a flat surface used to cook on and the heat comes from underneath. You can also get electric versions of this.

They are often made from cast iron but also other materials with a non-stick surface. They are similar sizes to skillets but often they will be square in shape. They are normally heated on a burner.

The design means that they have raised bars which means they have little wells for the fat to drain away. They replicate the marks left on outdoor grills.

The nature of the heat means that whatever you cook if more than one, it needs to be a uniform thickness for them to cook evenly.


Do you need to put oil on a griddle pan?

They are designed for healthy cooking in so much as the fat falls into the wells and drains away from the food. Often the pans are non-stick, either with a coating or naturally such a s cast iron. Therefore, you would not need to add any oil.

The only reason why you would need to add any oil or fats would be for the taste.

The difference between skillet and griddle

They are very similar in some ways in terms of the construction materials and size.

The difference between skillet and griddle is a  major one.

Skillets have a flat surface; therefore, they are perfect for shallow frying, sauteing and searing meats. This is the most versatile pan in your kitchen and the most frequently used.

Griddles have a raised surface therefore they are not suitable for the above. They are more used for cooking meats so the fat runs into the wells and also vegetables that are thinly sliced in a uniform way.

If it is a griddle plate, these act as a similar way to skillets but have a raised lip rather than sides. They are in effect open so easier to work on the food. Often, these are used for burgers, steaks, scrambled eggs and pancakes.

Although it sounds confusing, there is a big difference between griddle pans and plates. Griddle plates are more like skillets.

Where can I buy a Griddle?

You can buy them locally and it is preferable as you can feel the quality before you buy. If you don’t really know what to look for, it is better to buy online as you can read real user reviews. Amazon reviews are a good source of information.

Which is the best Griddle pan?

So there we have it, the difference between skillet and griddle. I would love to hear from you if you have anything to add. Leave a comment, let me know what you use and what you prefer.

Can you use a frying pan instead of a griddle?

What is the difference between a skillet and a frying pan?

They are the same thing. In the US, we call it a skillet. In the UK for example, they call it a frying pan.

Can you cook a steak on a griddle?

Griddle pans are perfect for cooking steaks, especially cast iron ones. They distribute the heat evenly and consistently. They are also non stick. They drain the fat away and leave lovely marks on the steak which replicate an outdoor grill.

Can you cook chicken breast on a griddle?

Yes, again they are perfect for cooking a chicken breast. They cook it quickly and drain away the moisture. They also leave lovely sear marks on the meat.

There are two things i love in life...camping and food. What better way than to put the two together and cook outdoors. Put simply...i'm all about the outdoor life. Pros and Cons of Grill Pans How to season a nonstick skillet 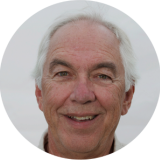